It can seem like the study of geometry in elementary school is nothing more than learning a bunch of definitions and then classifying objects. In this part, you’ll explore some problem solving and reasoning activities that are based in geometry. But definitions are still important! So let’s start with this one.

A few comments about polygons:

In the pictures below, there are polygons hidden in the design. In each design, find all of the triangles, quadrilaterals, pentagons, and hexagons. How can you be sure you’ve found them all and haven’t counted any twice? 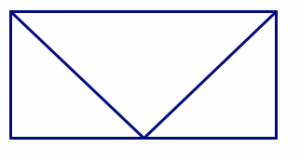 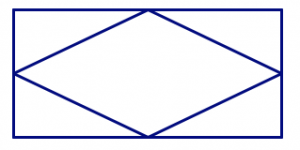 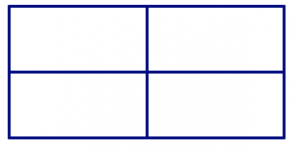 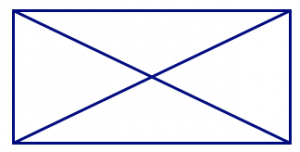 You know that the sum of the interior angles in any triangle is 180°. Can you say anything about the angles in other polygons?

But notice: We don’t necessarily have any reason to believe this constant sum would be true. Remember that SSS congruence is true for triangles, but not for any other polygons. Triangles are special, and we shouldn’t assume that true statements about triangles will hold true for other shapes.

Use the pictures above to carefully explain why all quadrilaterals do, indeed, have an angle sum of 360°.

Use your work on the exercises above to complete this general statement:

Explain how you know your statement is true.

A regular polygon has all sides the same length and all angles the same measure.